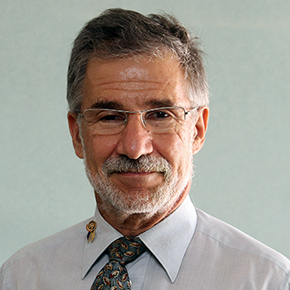 Raised in Winnipeg, Manitoba, Martin spent the first part of his career in Winnipeg but then worked in Ottawa for 30 years before working with the Cayman Islands Government for 8 years. He has a background in financial and performance audit, public sector management governance frameworks including Enterprise Risk Management, business analysis, performance measurement and reporting and internal control. Martin is a CPA and was conferred the fellowship designation in 2013 for exemplary service to his profession.

While Martin spent most of his career employed as a senior audit manager in the Office of the Auditor General of Canada and in the Cayman Islands, he also spent considerable time innovating in management frameworks and building capacity in organizations and government sector. This included, for example, carrying out business process reviews in the areas of financial, operational and IT systems. His work led to significant improvements and streamlining of business processes in a wide range of public sector entities. In his role as Director of Performance Audit in the Cayman Islands, Mr. Ruben led efforts by the Office of the Auditor General to deliver professional development opportunities for the public sector through an annual development workshop and ongoing informal consultation with management and boards. The annual workshop formed the basis for the development of an international finance conference.