Legislative audit institutions usually have broad mandates that allow them to audit many public programs and services in their own jurisdictions. However, when responsibility for a public policy area is shared with other jurisdictions (for example, natural resource management, education, or health care), or when important issues transcend borders (for example, biodiversity protection or climate change), the work of a single audit office cannot provide a complete overview and assessment of performance. In such cases, collaborative audits are useful tools for examining intergovernmental issues with greater depth and breadth than any audit office could achieve on its own.

In 2015, Canada’s provincial and federal auditors general agreed to work together to examine government responses to climate change. Coordinated audits were undertaken in 2016, and a collaborative report was published in 2018. In this article, we briefly describe the audit project, and we present the key lessons learned during this landmark project.

Climate change has been identified as one of the defining challenges of our time. The impacts of a warming climate and extreme weather events are already being felt in Canada and are forecast to become more severe and more frequent. For example, increases in the frequency and severity of wildfires and floods are expected. Beyond environmental and physical impacts, climate change is also expected to have significant economic and social impacts.

At the same time, Canada has missed two separate emission reduction targets (the 1992 Rio target and the 2005 Kyoto target), and it is likely to miss the 2020 Copenhagen target. In fact, emissions in 2020 are expected to be nearly 20% above the Copenhagen target. 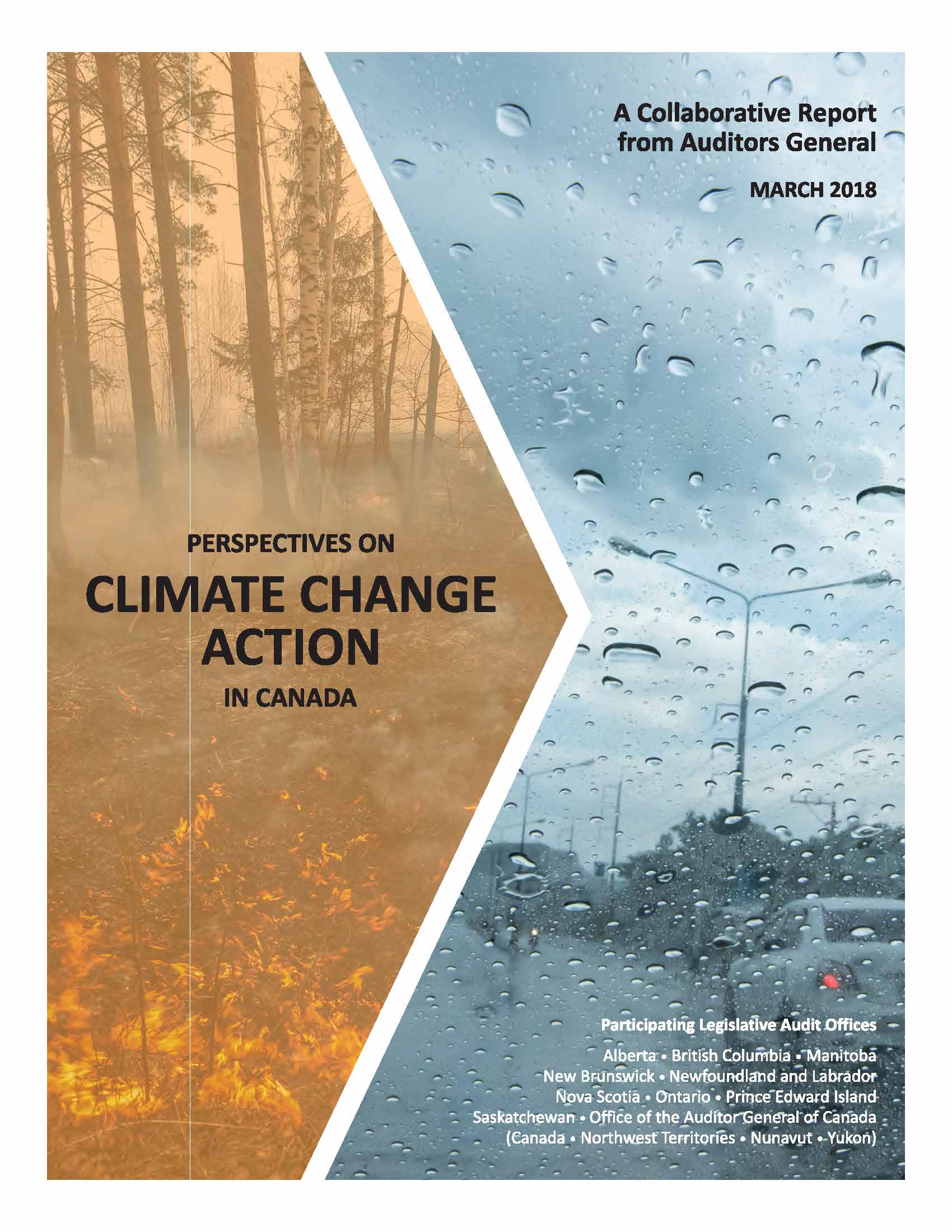 Given the importance of this issue and its relevance to all provinces and territories, the provincial auditors general partnered with the federal Commissioner of the Environment and Sustainable Development, through the Office of the Auditor General of Canada, to undertake audit work on the progress their governments had made on climate change action. (The Office of the Auditor General of Québec was a project partner, but it did not undertake new audit work because it had already completed recent work on this subject.)

In its role as independent auditor for northern legislatures, the Office of the Auditor General of Canada carried out audit work for the three territories. This was the first time so many legislative audit offices in Canada coordinated their work in this way.

The overall objective of this collaborative project was to assess whether the federal, provincial, and territorial governments had met their commitments to reducing greenhouse gas emissions and adapting to the effects of climate change. From 2016 to 2018, audit offices carried out this work and issued reports to their respective legislatures: nine provincial reports, three territorial reports, and three chapters by the federal Commissioner of the Environment and Sustainable Development. In March 2018, the project culminated in the tabling in Parliament of a summary report called Perspectives on Climate Change Action in Canada: A Collaborative Report from Auditors General.

Lessons learned during the collaborative audit 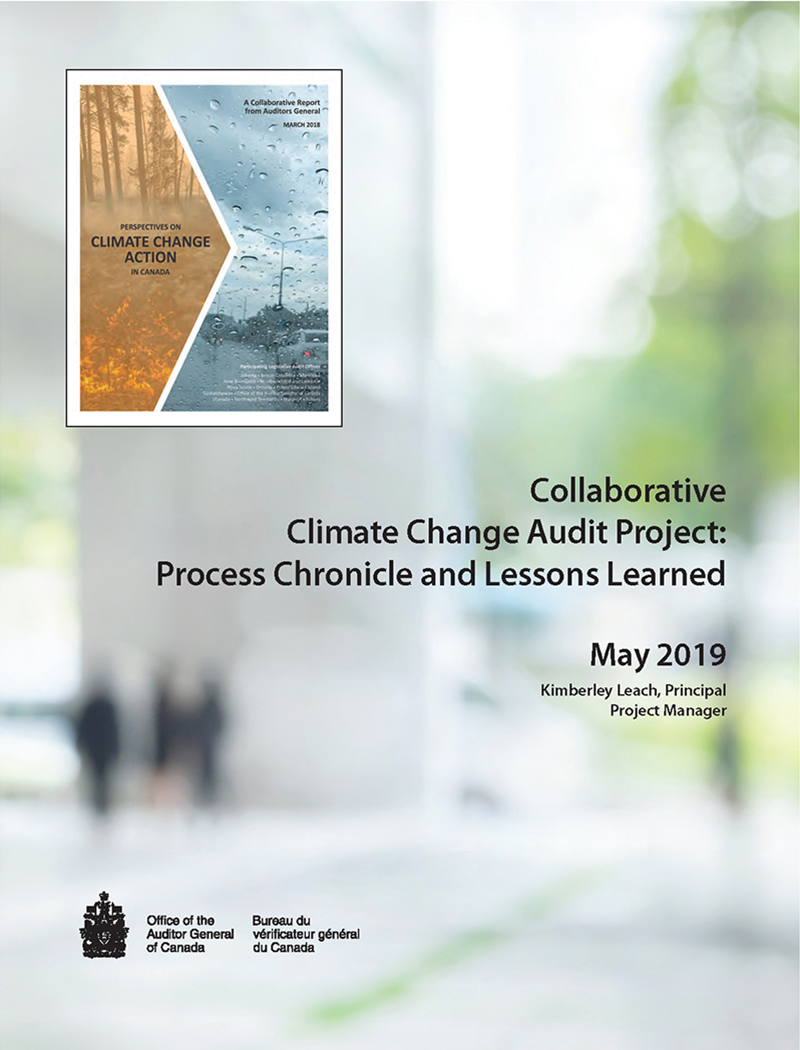 Soon after the collaborative report was tabled, the project working group members were asked for their perspective on the things that worked well and the things that could be improved with respect to the project. In addition, the Canadian Audit and Accountability Foundation surveyed the members more formally, both at the working level and at the auditor general level.

The information collected through the surveys and discussions was analyzed and then summarized in a lessons learned report, Collaborative Climate Change Audit Project: Process Chronicle and Lessons Learned, which was published in May 2019.

Collaborative audits are important because we live in a highly interdependent and interconnected world. Collaborative audit work that includes different levels of government is the only way we can fully assess some issues, particularly in a federation such as Canada. In the end, what Canadians care about is not which level of government is responsible, but how the issue is being managed in their interests.

The pan-Canadian collaborative audit on climate change was a major undertaking that required sustained leadership and coordination. We believe that the good practices presented in this article contributed to the success of this ambitious project, and we encourage performance auditors planning new collaborative audits to adopt these practices for their projects. 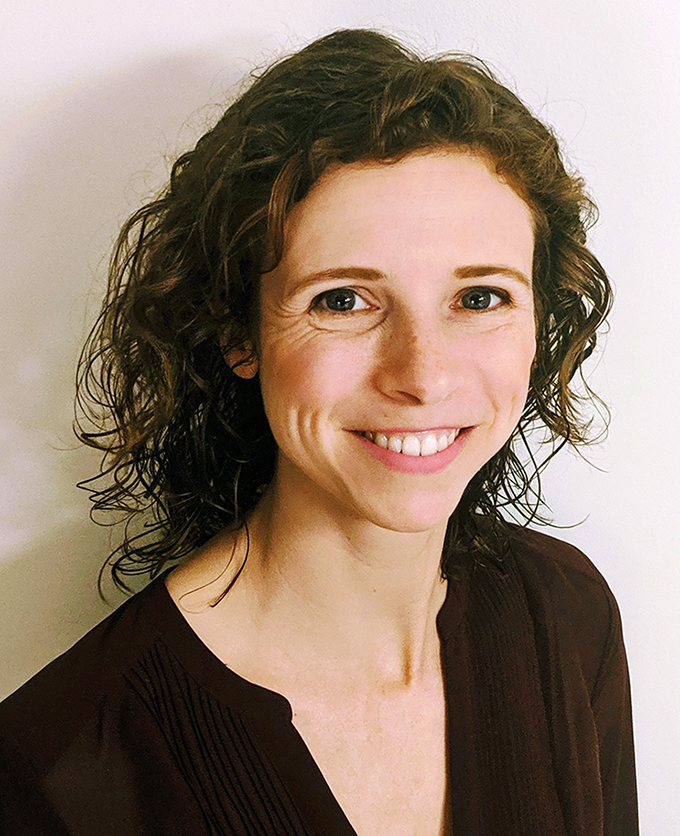 Kristin Lutes is an Audit Professional with the Office of the Auditor General of Canada, which she joined in 2013. In addition to working on the collaborative climate change audit, she has been involved in several other environment and sustainable development performance audits, including audits on biodiversity conservation and clean energy technology funding.

She has a Master’s degree in Resource and Environmental Management from Simon Fraser University, and a Bachelor’s degree in Engineering from the University of Guelph.