What is this audit about?

Fare evasion causes loss of passenger revenue, and every transit agency faces this risk. The Toronto Transit Commission’s (TTC) revenue rose between 2013 and 2017, likely due in part to annual fare increases. However, the TTC’s yearly ridership numbers declined from 538 million passenger trips in 2016 to 521 million passenger trips in 2018. Because the TTC calculates ridership based on the number of passengers who pay instead of the number of passengers who ride, it’s possible that ridership only appears to be declining, while fare evasion is worsening. Reducing fare evasion may alleviate the need to raise fares.

The objectives of this audit were to assess the effectiveness and efficiency of the TTC’s controls intended to minimize revenue loss from fare evasion risks, including its fare inspection program.

What did the audit find?

The audit estimated that the TTC lost at least $64 million in passenger revenue in 2018: $61 million due to fare evasion and $3 million (according to the TTC’s analysis) from malfunctioning fare equipment operated by Metrolinx, the provincial agency that manages the PRESTO electronic fare card for the TTC and some other Ontario transit systems. Additional revenue losses from malfunctioning TTC subway fare gates and unattended subway “crash” gates (open fare gates used at times of peak volume) could not be determined during this phase of the audit, so the estimated $64 million annual loss is likely understated. 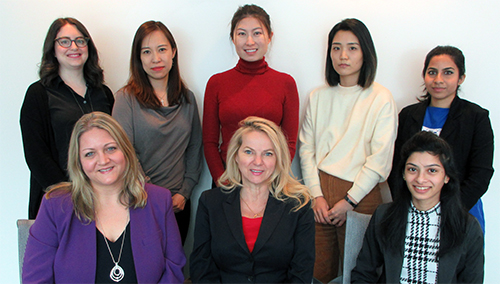 The audit was able to measure the fare evasion rate (the percentage of passengers who do not pay a fare) for each transportation mode provided by the TTC:

System-wide, the weighted average fare evasion rate was 5.4%. The high fare evasion rate on streetcars could be due to the TTC’s proof-of-payment policy, which does not require interaction between passengers and streetcar drivers. It could also be due to the multiple-door design of the new streetcars, which began deployment into service in 2014. One factor contributing to fare evasion on the subway is that the design and functionality of subway fare gates make illegal entry easier, particularly at automatic subway entrances where there are no TTC staff present.

Fraudulent use of child PRESTO cards

In six weeks of observation, the audit team did not come across any children aged 12 and under using the child PRESTO cards. The team did see parents letting their children through the subway fare gates and children boarding the bus and streetcar for free, which is allowed under TTC policy.

The audit attributed this fraudulent use of child PRESTO cards to:

What difference did the audit make?

The TTC accepted the audit’s recommendations and management reported that some have been implemented. To date, it has taken the following actions:

Other recommendations are more long-term in nature and will be implemented over the next few years. The TTC presented a full action plan as part of its revenue control strategy to its Board at its 24 September 2019 meeting.

The audit also received a significant amount of media coverage and the media pick-up was quick, widespread, and sustained over several days. It generated more than 25 articles, news stories, blog posts, and editorials. A video that accompanied the audit report was viewed about 1 million times, in part through its use by local news organizations in their coverage of the audit report, as well as on the Toronto Office of the Auditor General’s YouTube page, and other social media platforms. The media coverage was helpful in reaching and influencing other jurisdictions. An article in the Montreal Gazette said that a Montreal city councillor is calling on that city’s transit authority to increase fare inspections and to publish figures on the prevalence of transit fraud, stating that providing an accurate picture of fare evasion is particularly imperative in the wake of the Toronto Auditor General’s audit report.

The second phase of this audit will focus on the completeness of PRESTO revenue received from Metrolinx, including the functionality of fare equipment and the TTC’s contract with Metrolinx. The second phase audit report was published on 21 October 2019.

What can we learn from this audit?

The audit topic is relevant to millions of public transportation users (521 million passenger trips in 2018). In order to convey the magnitude of the issues identified by the audit and make it real for the citizens of Toronto, TTC commissioners, and city councillors, the team self-produced a video that summarized the audit findings, illustrated the root causes of the fare evasion problem, and suggested potential solutions. The team pondered the risk that disseminating its findings could encourage ill-intentioned individuals to replicate the fare evasion methods exposed by the audit. However, after realizing that “how-to” videos detailing fare evasion practices were already in the public domain, the team considered that the benefits of increasing the general public’s awareness greatly outweighed these risks. The resulting video was an immensely effective communication tool, garnering approximately 1 million views on various social media platforms. The Toronto chapter of the Institute of Internal Auditors tweeted about the video in promoting innovation and best practices in internal audit. The video helped to summarize the core messages and evidence of the 76-page audit report into an alternative format that could be easily digested by not only the public, but also by TTC commissioners and city councillors.

Although the audit leveraged multiple data sources, it also relied heavily on direct observation in measuring the fare evasion rate. This was partly out of necessity due to certain data not being available or reliable, particularly for the subway fare gate fraudulent entries and for the bus drivers tapping a fare dispute key when the appropriate fare is not paid. Although physical observation is a type of audit evidence not always used by performance auditors, it is worth further consideration, as physical observation is the strongest of the four types of audit evidence for performance audits. In this audit, with the team directly observing frontline staff and customers on the transit system, they were able to gain a level of understanding they would not otherwise have been able to gain through simply reviewing documents in their office. The team obtained this information by riding along with fare inspectors for a total of 136 hours over a six-week period and by reviewing 38 hours of security footage at selected subway station automatic entrances. The team also ensured that the sample of observations by transit mode was sufficient and performed calculations to confirm the statistical validity of their sample size, so that the results could be extrapolated to the full population in measuring the fare evasion rates. Although the strong use of physical observation was logistically complex, this strategy generated a sufficient statistically valid sample to produce reliable estimates of fare evasion rates and revenue losses for the transit network as a whole.

The observations auditors gathered hinged on close cooperation with fare inspectors. The audit team used this approach after noting through audit planning that an independent consultant report on fare evasion (commissioned by the TTC in 2016) used their own staff to perform fare inspections, interacting directly with customers. The TTC had concerns with the methodology and therefore did not fully accept the results or report publicly on them. The team considered this and determined that using TTC fare inspectors would form part of the audit approach.

The team then proceeded to conduct trial ride-alongs with fare inspectors as part of audit planning to inform the audit approach. Each mode of transit (streetcar, bus, subway) is unique and presents different challenges, so it was important to conduct trial ride-alongs on each mode and tailor the audit approach by transit mode. This planning technique helped to identify many important planning considerations, including an important methodological one. It turned out that the fare evasion ticketing process was very time-consuming and prevented inspectors from doing a full sweep of the streetcar in a timely manner. This made it challenging to accurately measure fare evasion. The audit team requested that inspectors modify their inspection protocol slightly for the duration of the “audit shift,” by only issuing verbal warnings unless a ticket was absolutely necessary (for example, for the fraudulent use of the child PRESTO card). This allowed for a full sweep of the streetcar and resulted in a more accurate fare evasion measurement methodology.

Other valuable information gathered during trial ride-alongs resulted in the use of plain clothes (no uniforms) for fare inspectors during audit shifts, so that a truer fare evasion rate could be measured. The team also observed a potential issue with how the fare inspectors recorded total riders inspected. Estimates for the total number of passengers in a vehicle were often recorded, instead of the actual number of passengers inspected, potentially resulting in an overstated denominator in the fare evasion calculation and thus an understated fare evasion rate. The team took pictures of the fare inspectors’ worksheets at the end of each audit shift. This provided evidence related to this audit finding and also helped resolve any challenges about the accuracy of the audit staff’s observed fare evasion rates. Although the use of trial ride-alongs took additional time for both audit staff and TTC staff, it was well worth the investment and resulted in a truer fare evasion rate and statistically significant audit results.

Benchmarking was not as helpful as hoped

At first glance, it seemed that fare evasion would be an ideal candidate for benchmarking. There are transit agencies all over North America operating in a similar manner and facing similar challenges. However, the team discovered that there were no industry standards for a fare evasion rate and not all transit agencies report their fare evasion rates publicly on a regular basis. Moreover, the team was not able to determine whether the data available was reliable. This problem was compounded by the use of different methodologies with different levels of reliability by the various transit agencies. For all these reasons, the audit team was unable to include a benchmarking study in the report. Although the team was unable to provide a comparison of the TTC with other jurisdictions, the team was able to communicate the importance of the results by quantifying that every one percent in fare evasion equates to approximately $11 million in passenger revenue loss annually for the TTC.

Teamwork and strong communication were key factors for success

Strong communication, both externally and internally, was crucial to ensure this audit was successful. This was largely due to the logistical complexity in scheduling not only a large internal team of audit staff for fieldwork, but also the external teams of TTC fare inspectors and transit enforcement officers, on all three modes of transit (streetcar, bus, and subway) with multiple routes, vehicles, and time periods. The observation work required continual coordination, on-the-go debriefings, and regular team meetings, both externally and internally. The regular internal team meetings allowed the team to exchange tips and lessons learned in the field, discuss potential issues, ensure consistency in the recording of observations, and connect the dots to extract key issues from more than 174 total hours of observation. Strong teamwork was also an important factor for successful delivery of this audit. All of the team members stepped up to the plate and supported each other, displaying a strong level of engagement and dedication, to ensure a quality audit was delivered within the tight timeline of less than eight months from start to finish.